The American Advertising Federation’s Silver Medal Award Program is a nationally recognized award that honors men and women who have made outstanding contributions to advertising and have been active in furthering the industry’s standards, creative excellence, and responsibility in areas of social concern. The award is presented to a local person in advertising for their life-long contributions to advertising and the community. A new inductee will be honored each year during the annual Hall of Achievement awards ceremony.

Know someone who should be nominated for a Silver Medal Award? Just fill out the online form, explain why you think they fulfill the criteria, and submit! 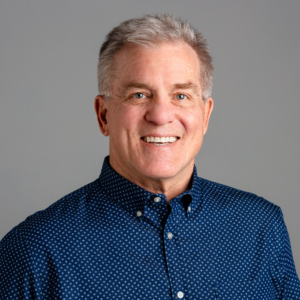 Don was born on a farm in Geneva, Illinois and soon after, developed an interest in drawing cartoon characters such as Fred Flintstone and Mighty Mouse. His ability to create graphic images evolved and refined through college, which advanced him to graduate among the top ten graphic designers in his class at Arizona State University.

Don began his career as a senior designer in Los Angeles in 1983 working for clients in the entertainment industry including Universal Studios, Columbia Pictures, Playboy and others. He worked long hours and gained further insight into the creative process in addition to the operations of running a business. His love for Arizona lured him back in 1986 with a position as Art Director for DuVal Advertising, who had offices in both Phoenix and Tucson.

In 1989, Don transitioned into self-employment and opened Regole Design. He has since received numerous awards for creativity, national recognition in publications for excellence in graphic design, and has been exhibited in the Smithsonian National Postal Museum.

Attaining success can often be attributed to “giving back” and Don has contributed his services pro bono since the inception of his business: Michael Landon Tennis Classic, Tucson Pops Orchestra, Postal History Foundation, American Advertising Federation/Tucson and many others.

Inspiring students is another means of giving back that Don engaged for more than 25 years. Speaking to 3rd grade through university level classes, Don shared experiences with his creative career along with overcoming obstacles while navigating a path toward success in life.

In 1997, AAFT awarded Don the “Tucson Advertising Professional of the Year Award”. 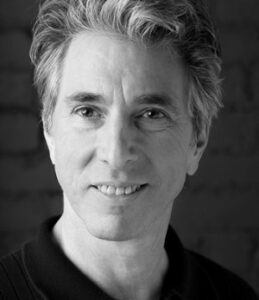 Steven Meckler was born in Brooklyn, New York where his passion for photography began. He attended the State University of New York at Stony Brook, earning a Bachelor of Science in Biology with a minor in photography. His first job was as a medical photographer at Sloan Kettering Memorial Hospital in New York. In 1980, he moved to Tucson and established Meckler Photography. In addition to his commercial photography business, Steven has taught digital photography at Pima Community College, and workshops for high school photo students throughout the county. He is on the Business and Industry Council for the Pima County Joint Technical Education District.

He has published two photo books, “Steven Meckler Photographs Tucson Artists” and “Vera: The Art and Life of an Icon”, which showcases the artwork of Vera Neumann.

Steven has been a strong advocate for the local advertising market for many years and has been a member of the American Advertising Federation Tucson Board of Directors since 1998. He has given support and mentorship to new generations of marketing professionals with his work on the Education Committee.

Know someone who should be nominated for a Hall of Fame Award?
Just fill out the online form, explain why you think they fulfill the criteria, and submit!