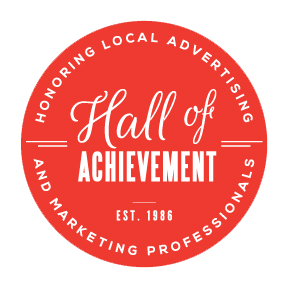 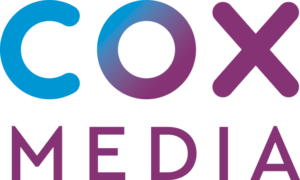 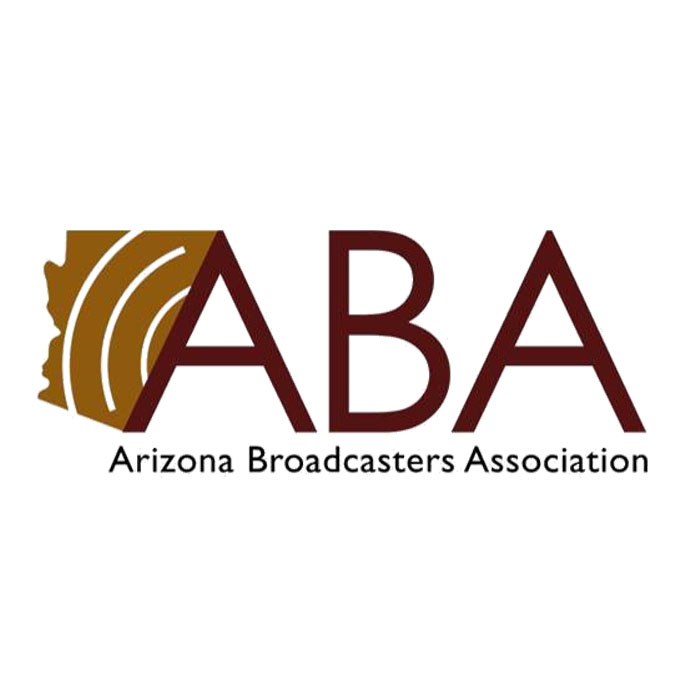 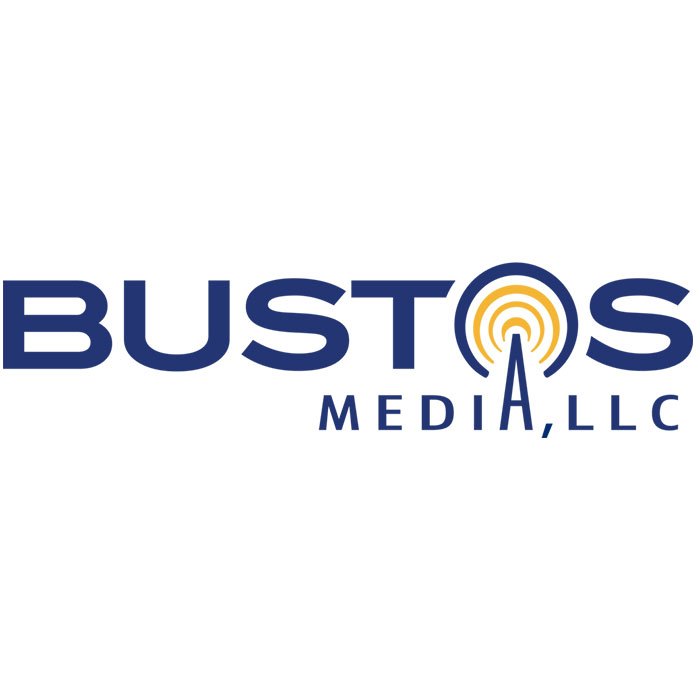 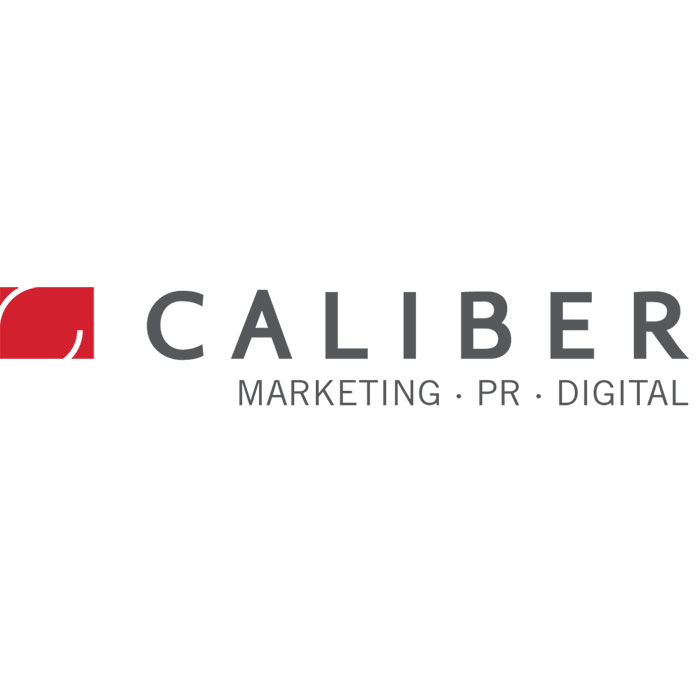 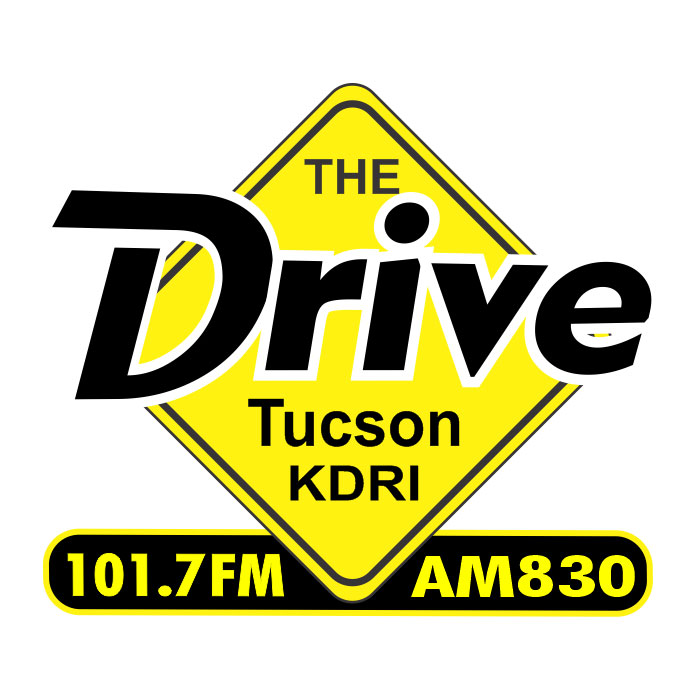 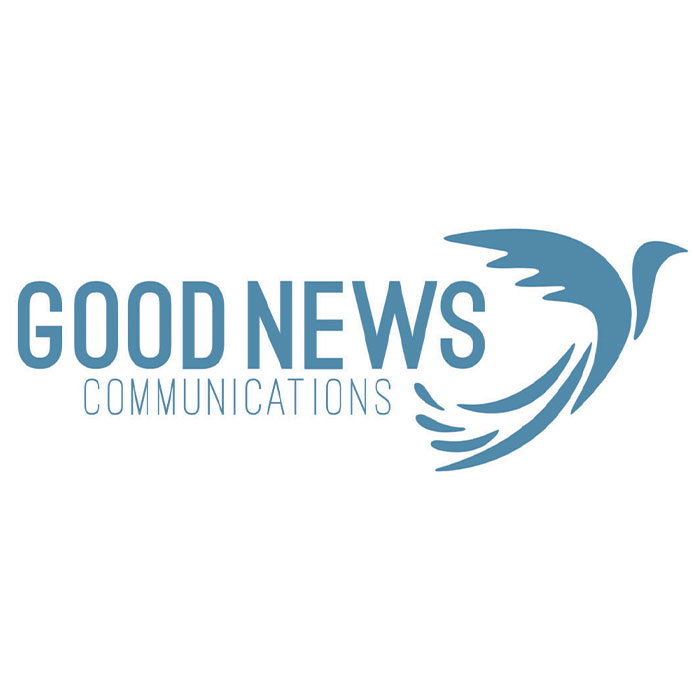 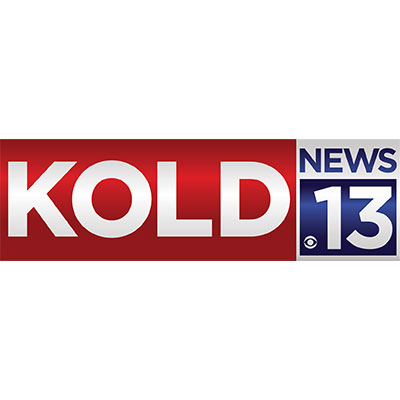 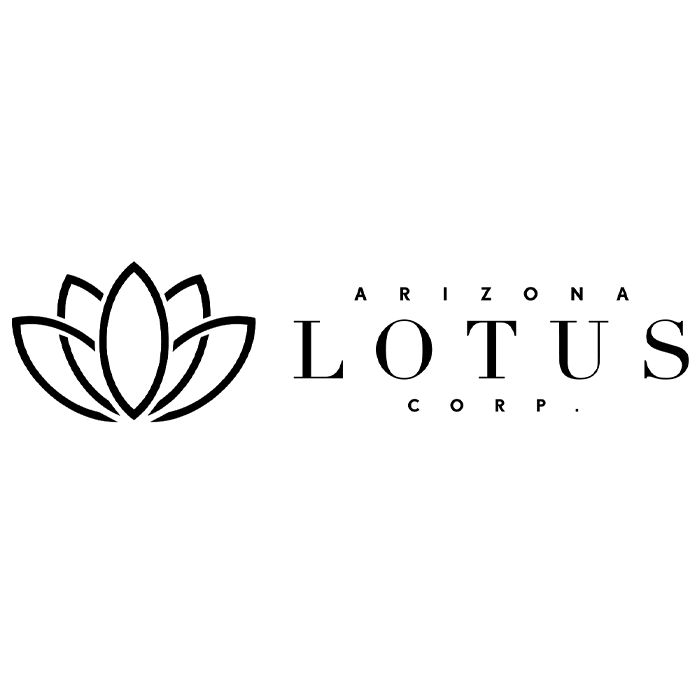 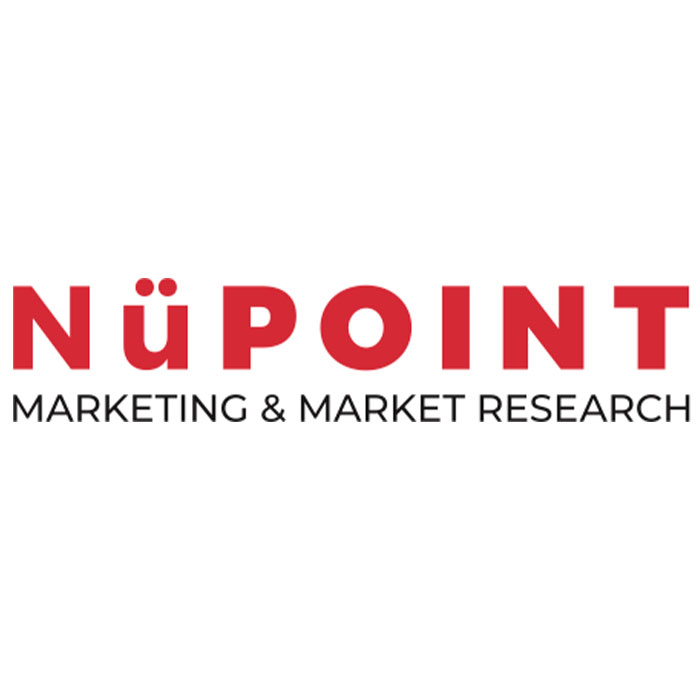 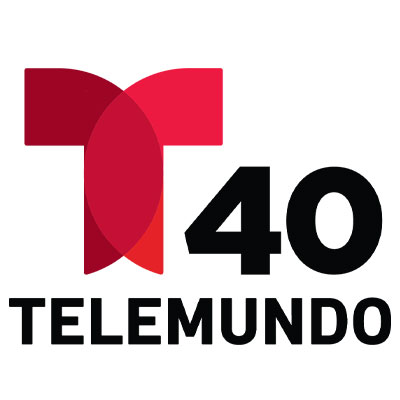 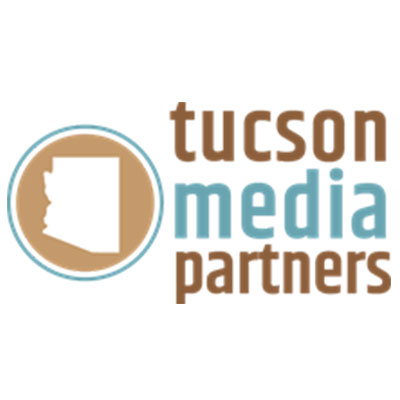 The Hall of Fame seeks to recognize the very best among Southern Arizona marketing and advertising professionals who have led, mentored and inspired others to succeed in this industry, while preserving the legacy of our past and promise of our future through the next generation.

The Ad Professional of the Year is recognized by his or her peers as a model for others, and as an exceptional professional leader in the field of advertising.

The Next Generation Award, founded in 2014, recognizes those outstanding advertising individuals, age 40 and younger, who are making a significant impact on the industry through their leadership, career achievements, community contributions and inspiration to others to excel. 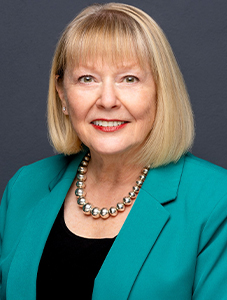 Mary Rowley, APR, can’t remember when she didn’t want to work in a field involving writing. Her first communications “job” was gossip columnist for her junior high newspaper in Cleveland, Ohio, where she also was a city Spelling Bee finalist. A college theater major, Mary enjoyed directing and stage managing more than performing. She also found she could build attendance through coverage in the local newspaper. Completing a Bachelor’s in Communications at Augsburg College, Minneapolis, she returned to Ohio to work as a reporter, copy editor and photographer for a small daily newspaper.

Moving to Phoenix in 1979, Mary accepted a job as a writer in the marketing department of The Arizona Republic, where she worked her way up to the highest-ranking female department head, overseeing marketing, community relations and market research. Marketing management roles at the San Diego Union Tribune and the Greater Baltimore Committee followed, after which Mary founded Rowley Communications in Wilmington, DE.

After moving to Tucson in 1998, Mary joined the Nordensson Group as Vice President and founded Strongpoint Marketing in 2003, expanding the firm’s work in marketing and research to California and Delaware. Meanwhile she earned an MBA at the University of Phoenix, where she taught undergraduate marketing for several years. She is nationally accredited (APR) by the Public Relations Society of America.

In 2018, Strongpoint Marketing merged with Mobius New Media to form NüPOINT, with Mary as CEO/Managing Partner and offices in Tucson and Wilmington, DE. NüPOINT offers full marketing services to its clients, as well as market research.

Her volunteer work includes numerous non-profit organizations in Southern Arizona including as a board member of the United Way, member of DM50, and past chair of the Pima Community College Foundation and marketing chair for the Arizona Theatre Company.

Mary’s awards include the AAFT Golden Pen Award  and Hall of Fame induction, Tucson Metro Chamber’s Sonoran Spirit Award, Governor’s Award as an Arizona Woman of Achievement in Communications, Inside Tucson Business Woman of Influence, YWCA Women on the Move, and a finalist for the Athena Award. 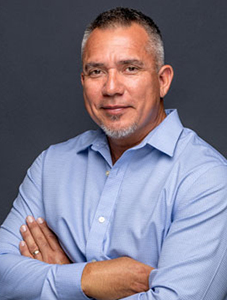 With very deep roots in the Old Pueblo, Roman Sandoval is a 7th generation Tucsonan.  Born and raised on Tucson’s South side, Roman attended several south side schools while ultimately graduating from Pueblo High School.

Roman’s work career was a bit unorthodox.  With over 34 years of experience in marketing and advertising, Roman’s first 10 years in advertising began at the age of 16 where he worked for Taylor Advertising, at that time one of the largest agencies in the state.  Roman worked as a mail clerk, Production Assistant and at the age of 20, became a producer/director.  At the age of 26, Roman left Taylor Advertising with a few hundred high level broadcast projects under his belt and spent the following 4 years as a freelance Producer and Director working for local, regional and national production companies, ad agencies and direct clients. In 2001, Roman established Motto Productions, a local production company and continued his freelance, local, regional, and national clientele relationships.  Motto Productions changed its name in 2012 to Sandoval Creative, Inc.  a full-service Marketing and Advertising company.  Sandoval’s current client list consists of local, regional, national, and international clientele.

Roman is a recipient of Arizona Daily Star’s 40 under 40 Award. 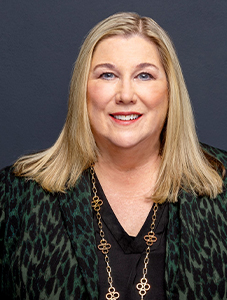 Debbie’s story began in 1957 when she was born to Ellie and Vic Goshco in Massapequa, (Long Island) New York and joined her older sister Vicki, who was 2 years old. Her parents were soul mates, both from Queens, who encouraged them to follow their dreams.

After high school graduation, Debbie attended Wilmington College, a small, Ohio liberal arts school intending to become a social worker. After her first year, her adventuress spirit led her to the U of A to study history and comparative religions. During the summer she got an internship at Cleveland’s PBS TV station working on their syndicated children’s show called “Other People Other Places”. This experience inspired her to switch her major to Radio/TV where she took media and marketing classes. Ad Agency owner, Jeff Nordensson taught her marketing class, and she did an internship at DuVal Advertising.

After graduating with a BA in Radio/TV, Debbie landed her first media job as the receptionist/copywriter/assistant media buyer at Perlin Advertising.  The job helped her to connect with Frank Idaspe, who recruited her to work in the traffic department at KOLD-TV. After a year, she moved to become an assistant Media Buyer at Taylor Advertising.

Soon after, Taylor picked up the first Arizona Lottery Account and grew to be the biggest agency in the state.  She worked as a media buyer for 2 ½ years, and then became an AE for Behan Broadcasting in August of 1983.

From 1983 to 1995, Debbie grew in the sales side of the radio business as a Local/Regional/National AE, LSM and GSM and was promoted by Mike Cutchall to her first GM position with Prism Broadcasting in 1996. She continued as a GM/Market Manager through 2008

for what are now the current Tucson iHeart Cluster of radio stations. From 2008 – 2012, Debbie served as Market President of iHeart’s San Diego cluster until returning to run the Tucson cluster again from 2013-2015. After leaving media in 2015 to serve as the CEO of the Tucson Boys  Girls Clubs of Tucson, Arizona Lotus Media brought Debbie back into radio in 2021 as the GM of their six-station radio cluster.

Debbie’s commitment to the Tucson community and industry have remained strong over her career. She served as President of the American Women in Radio and TV in 1984, Board Member and President of the Arizona Broadcaster’s Association and VP of the San Diego Radio Broadcasters Association. She has been a board member for the Tucson Boys Club since 2004 and served as their President in 2006.  Additionally, she has served on the Tucson boards of Pima Community College, TMC Foundation, and the San Diego Boards of the YMCA, Junior Achievement, Big Brothers Big Sisters, and the Holiday Bowl Committee. She is a current board member of the American Advertising Federation Tucson.

Debbie’s awards include the AAFT Professional of the Year Award, Inside Tucson Business Women of Influence, Executive Excellence Nominee, Radio Ink Most Influential Women and San Diego Women Who Move the City. 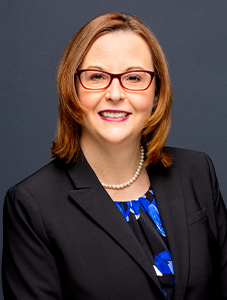 2022 AD PROFESSIONAL OF THE YEAR

Born in San Jose California, Michelle moved to Tucson when she was 4 years old. Her first job in advertising was at the age of five as a clown making balloon animals at a video store grand opening. That should have been a sign that advertising was in her future, but it took her many more years to choose that path.

At Pepsi, Michelle was a media buyer for two markets and taught media buying to other Pepsi distributors. She used media and promotions to help secure new accounts, like Casino del Sol and Desert Diamond Casino. Her creativity can still be seen at AVA Amphitheater in the giant Pepsi bottlecap neon signs above the concession stands. And she developed a new way for local media to vie for the Pepsi business including honoring the most successful media partner. However, it was never “all work and no play” in her job as she had the opportunity to fly in the Aquafina Blimp and a World War II plane and travel to NBC in New York City.

After five years at Pepsi, Michelle traded in soda for beer, joining Golden Eagle Distributors/ Budweiser. She designed graphics for a 47-foot semi-truck, created a nationally recognized soccer tournament, and developed the well-known and beloved “Beer Down” campaign. She balanced beer promotions with managing alcohol responsibility programs. And she traveled to the home of Budweiser in St Louis, Missouri and visited Washington DC, where she was able to enjoy a beer in both the republican and democrat clubs and meet Senator John McCain.

When Golden Eagle sold, it was time for Michelle to find a new place to hang her advertising hat. In 2016, she joined Doug Myers and the team at Hilton & Myers as an Account Executive -Media Buyer. She continues to work with some of the largest and most successful local Tucson businesses.

In addition to her industry involvement, Michelle has been active in the Girl Scouts. She has been a troop leader for 10 years and was the Vail Area Manager for several years, hosting an annual camping trip for 100 girls. In 2020, she was honored with their CEO Award.

Michelle first joined the Tucson AdFed while at Pepsi and joined the AAFT board in 2018. She served as the AAFT American Advertising Awards Chair for several years, where she helped breathe new life into the local Awards. She currently serves as Vice President, Secretary, and Treasurer on the AAFT Board of Directors. 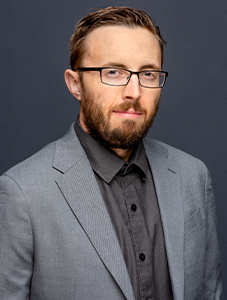 Trevor was born in Tucson in 1989 and graduated from Green Fields High School in 2008.  Keen on doing something creative in the arts growing up, Trevor developed an interest in filmmaking and made short films on weekends with friends and classmates.

Before graduating high school, Trevor received The Wildcat Excellence Award to go to the University of Arizona, and decided to major in film and television studies. There, he became active in the film scene and became involved in many student productions doing a bit of everything.  After a mock interview with the Local Sales Manager at KVOA, he secured an internship there in 2010 and was able to experience the actual workings of news production for the first time.

Trevor graduated from UA in 2011 and immediately landed his first production job in the broadcasting industry in January 2012 as a Content Specialist at KOLD-13. A week after starting at KOLD, the local FOX affiliate, KMSB-11, moved into the same building under a shared-service agreement, which allowed Trevor to work on production for both broadcast stations.

After six months of studio work, Trevor was promoted to Master Control Operator. However, being a professional TV watcher began to take its toll, and Trevor set his sights on his dream job of creating videos professionally for the Marketing Department. Whenever a position became available, he would apply and on his third try he was successful. In 2016, he left Master Control and became a Marketing Producer, writing daily topicals for newscasts. In 2017, Trevor joined the Cox Media Creative Services team as a Commercial Producer and Director.

Trevor joined the local young ad professionals group, Ad2 Tucson, in 2017 and provided video assets for their Annual Public Service campaigns for local non-profits. Additionally since 2017, Trevor has been the producer behind the scenes at Cox Media for all of the annual Hall of Achievement biography videos, as well as the show production for the night of the event. 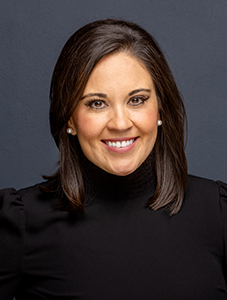 Adrienne was born and raised in Sierra Vista and was a 2006 graduate of Buena High School. She grew up participating in competitive dance, gymnastics, pageantry, varsity cheerleading and played club and high school volleyball. Upon graduation, she moved, to the big city of Tucson, to attend the University of Arizona.

Adrienne started her professional career with the Hilton El Conquistador Country Club. She spent two years in the hospitality industry and then made the move to the advertising industry as an Account Coordinator for Arrowhead Advertising. She worked closely with the Jim Click Automotive Team and eegee’s corporation while learning so much about the media industry.

PAST HALL OF ACHIEVEMENT AWARD WINNERS 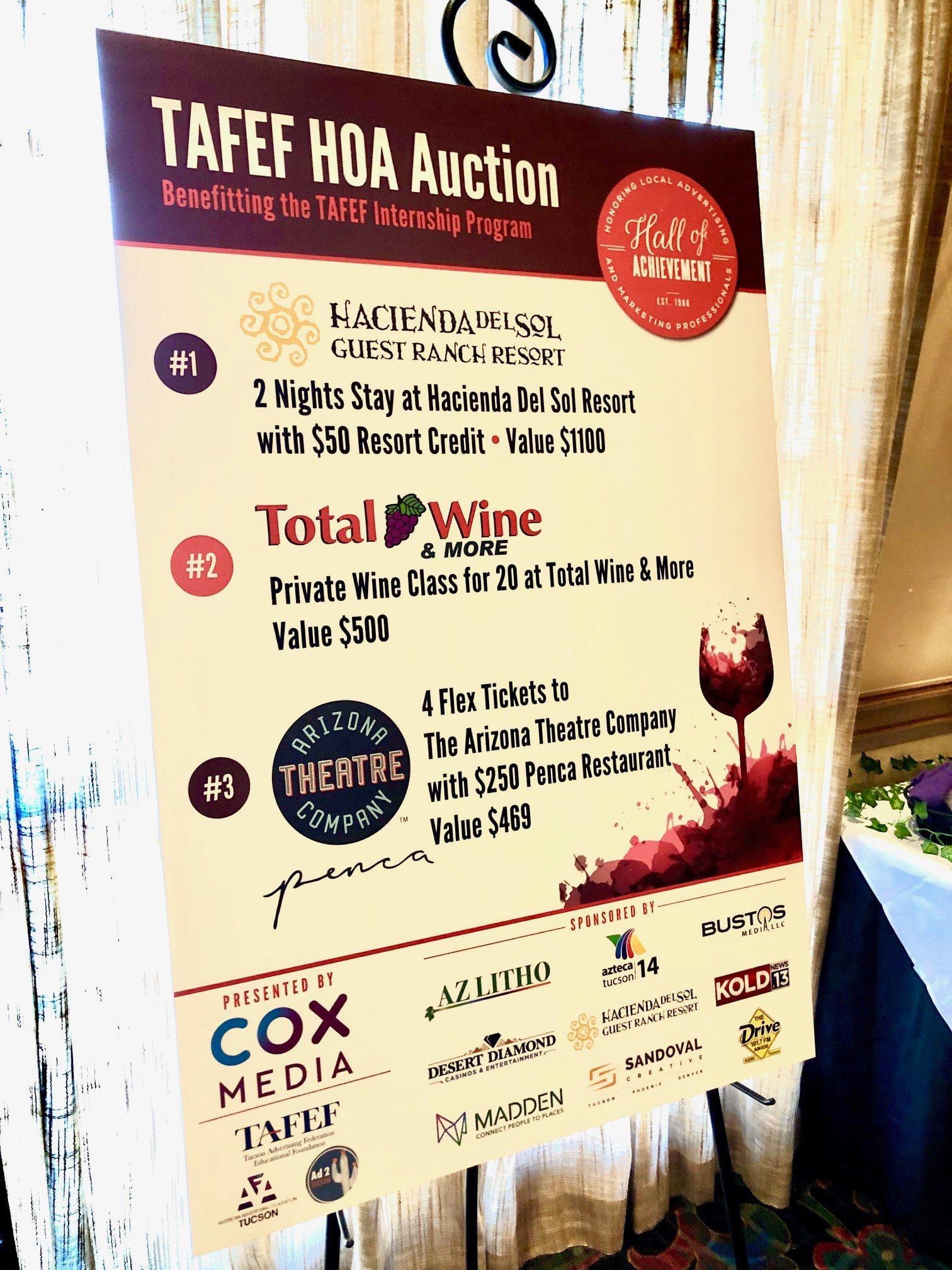 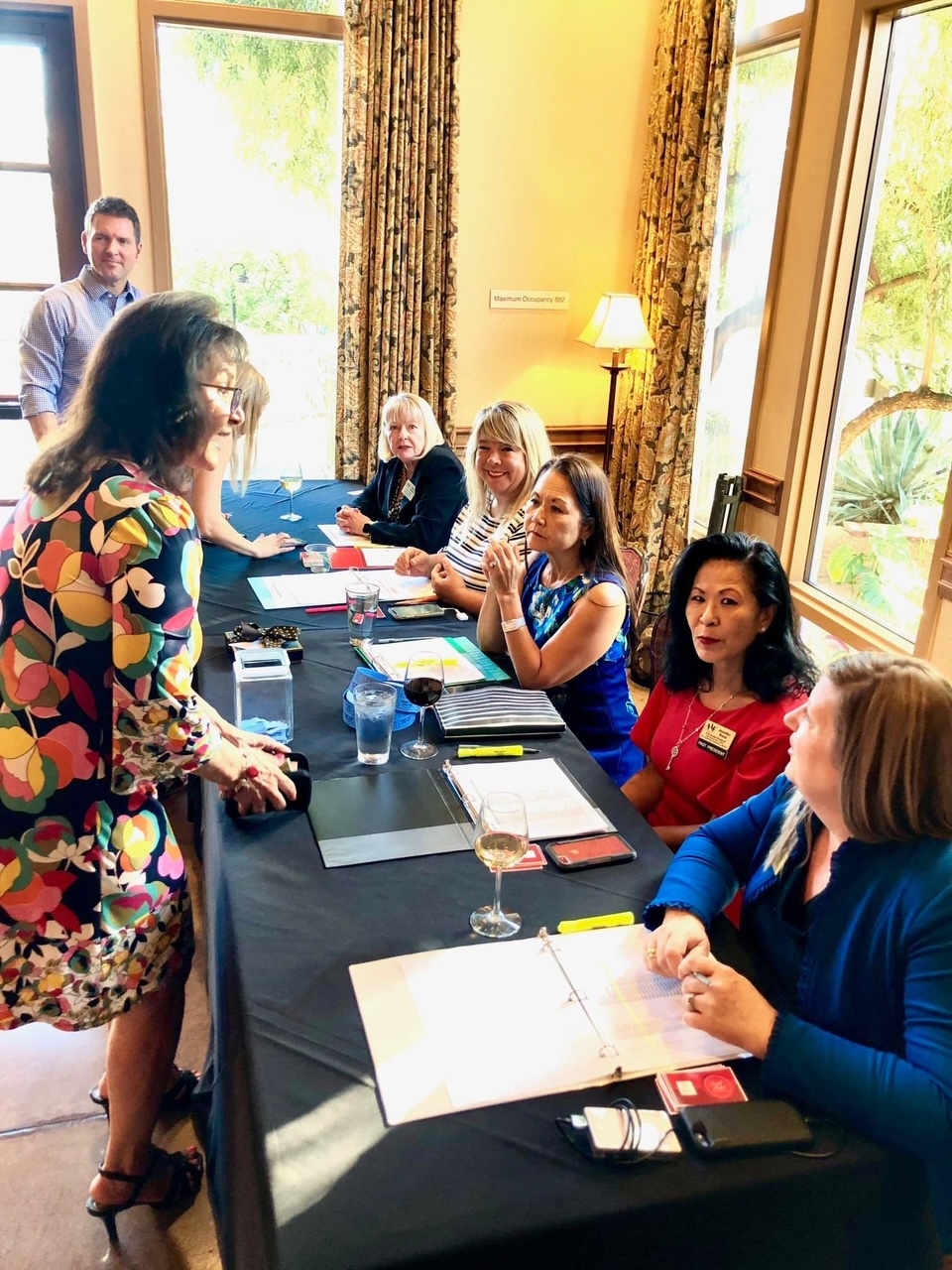 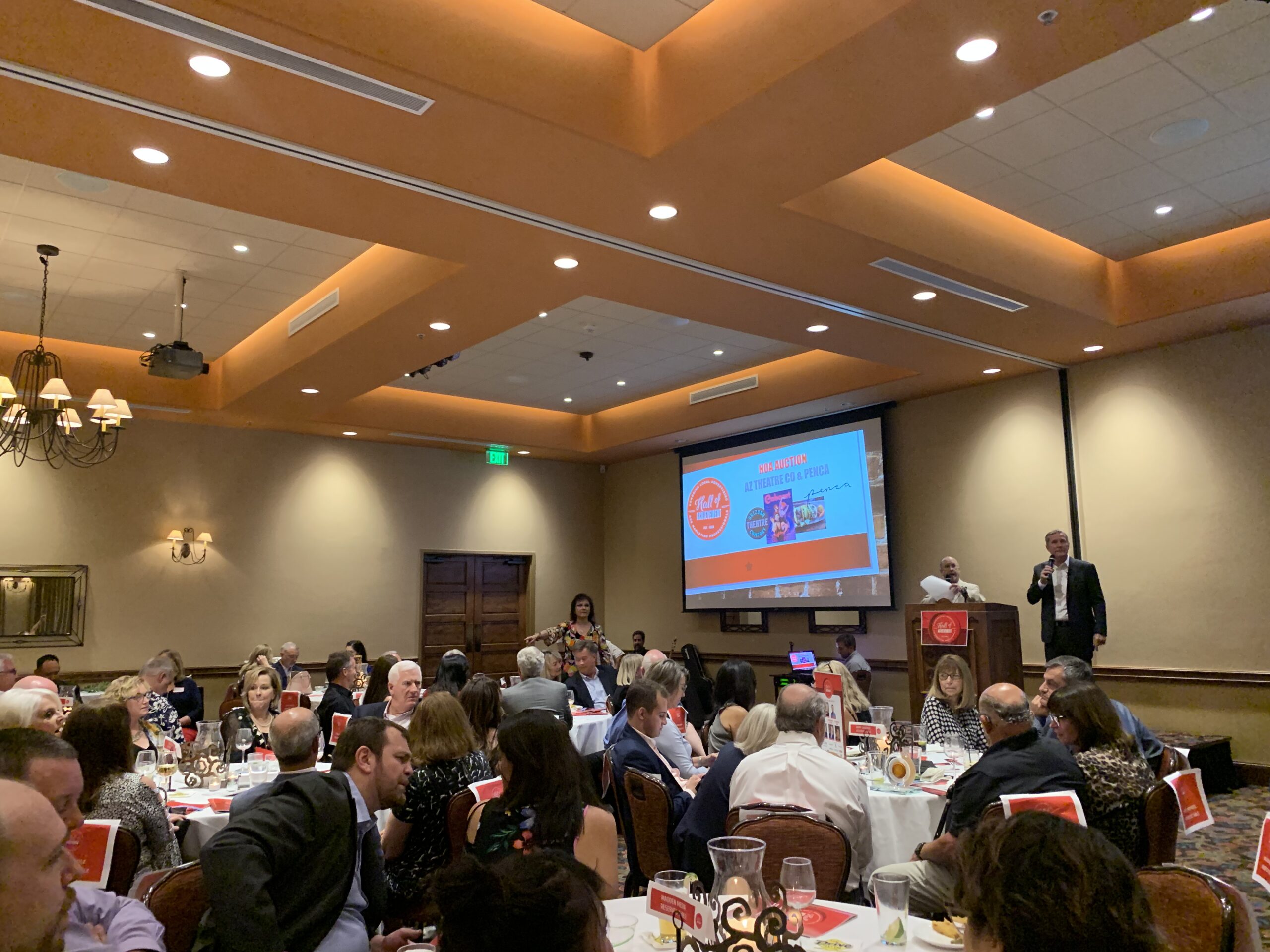 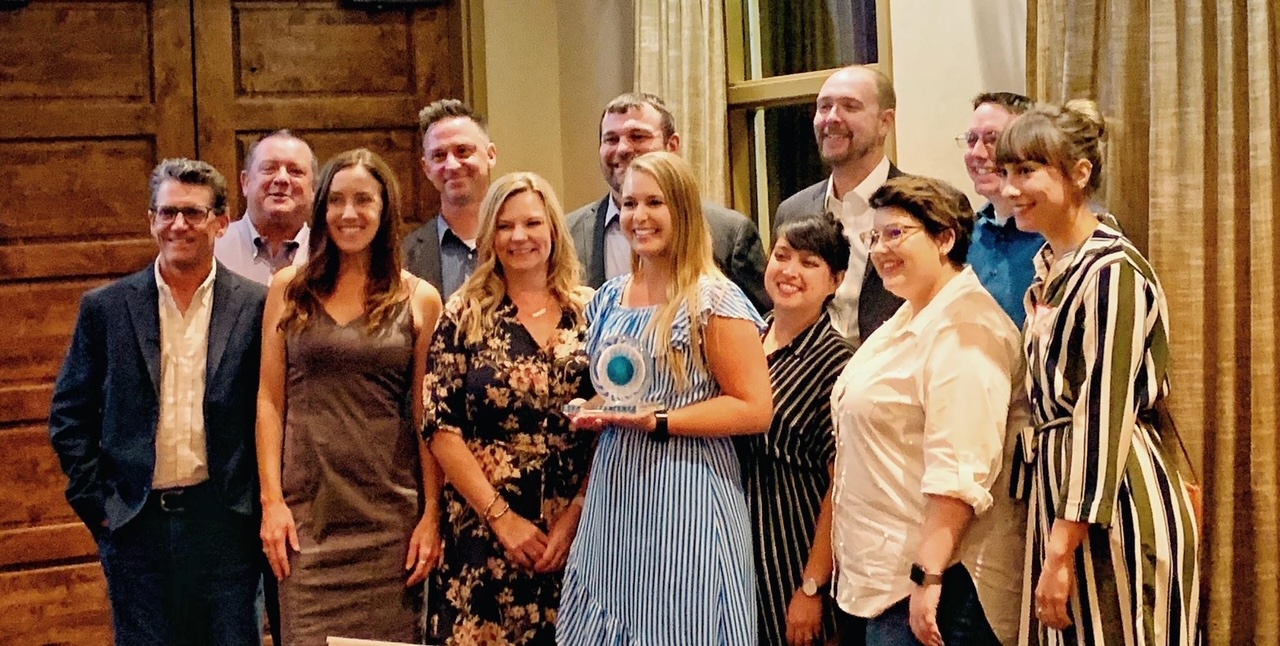